Egypt – The Enchantment of Souqs

Each of my fellow-guests at dinner, decking out the mysterious name under which I had merely known and dreamed of them at a distance in a body and a mind similar or inferior to those of all the people I knew, had given me the impression of a commonplace dullness which the view on entering the Danish port of Elsinore would give to any passionate admirer of Hamlet – Proust

Quick, think of the most inefficient way to get people and luggage unto a plane… nope, no, not quite weird enough, try again. How about this. Put all passengers onto a bus, drive bus to plane sitting in an un-lit spot far from airport or runway. Unload 5 people at a time to go search for their luggage which is carefully set out in long rows on the dark tarmac. After each passenger finds their luggage, one of the 15 lounging airline employees puts it back on a cart, drives it around the plane and puts it into the cargo hold. As I was one of the first people off the bus, I had no clue what was going on (people peering frantically in the dark, pawing over bags). Having no clue what was going on was excellent preparation for Egypt.

I was off on this venture to meet up with my dear friend Imogen, who has been living in Cairo two years and, after meeting me at the airport, she whisked me to an Italian restaurant. The next morning she made PANCAKES; if pressed on the issue, at that point in my life, I would have rather seen pancakes than pyramids but luckily I didn’t have to choose because after stuffing myself silly, we went off exploring.

First to Saqqara, burial place for the nobility and kings of the Old Kingdom (c. 2686-2181 BCE). Went through the tomb of Mereuka; it had all fallen to pieces but was restored by archaeologists so if you looked closely at the walls you could see they were slotted together like big vertical jigsaw puzzles – room after room of incised carvings of people carrying birds or loaves of bread or leading cows as tribute. Elaborate scenes of men fishing or people praying.       Amazing for the first few rooms, then numbing, like the Egyptian museum when I got there. You want a mummy? here are 64. You want small pottery bowl? here are 4 rooms, floor to ceiling. You want a chariot? here are 7. I know he’s out of fashion, but Spengler’s theory that the architectural motif of the Egyptian “soul” was a passage – one way, no deviation – seems very apt. They figured out what they liked and then did it for a few centuries. Whereas in another culture, a person might want to sacrifice one thing as a symbol (Iphigenia) or find something unique to offer, the Egyptians were more comfortable giving the same thing lots of times.

In Saqqara I also went into my first pyramid (not straight in but down a tunnel, like entering one of those foil-lined juice containers through the straw) to see the tomb of a king in a small chamber with stars painted on the ceiling. Also to the Serapeum, where the ancient Egyptians buried sacred bulls in sarcophagi weighing 70 tons each, according to the guide book. To my frivolous eye they looked like large, black, top-loading freezers but I’m sure somebody, somewhere has written rhapsodically about them.

On to the Mena House, situated right next to the pyramids, for lunch. It is an old palace that the British took over for themselves then turned into a fancy hotel. Well, “fancy” if you define the term, as I do, to mean “cover all non-moving objects (including mirror frames, chairs, table tops, buttons, ceilings, doors) with elaborate gilded patterns.” Imagine if King Midas passed through the Museum of Contemporary Ugly Furniture or if the sets of every Disney princess movie involving a castle got dipped in a vat of melted gold crayons.

Then to the pyramids, which used to be outside the city but Cairo has crept out to meet them so they are now surrounded on three side by apartments houses, hotels, stores, etc. But on the far side there is nothing but desert so that’s the direction we went and rented horses

Such a wise suggestion from Imogene because you get on the horse and set off into what looks like the Empty Quarter. When you get to the place where you can’t see or hear the city anymore, the pyramids loom up in front of you. A few other people around on horses but quiet and lovely. We rode up to touch one of pyramids and wandered around awhile. As we came back, the sun was setting while, on the other side of the sky, a full moon rose. Standing on a high bluff looking on one side at the Sphinx and on the other at the ribbon of green that signals the Nile, the evening call to prayers began. How charming when Nature and Mankind arrange themselves for maximum effect.

After this we went up the Cairo tower for a View. Next morning we had muffins and a walk around Imogene’s neighborhood, Heliopolis. Delightful name! It was originally a planned community in the late 1880s with beautiful villas for the elite, now cluttered with deco apartment buildings from the 20s, hideous monstrosities from the 60s and gas stations and a Pizza Hut from the 80s.

As always, it’s the small differences which seem to stand out the most. Everywhere in Europe and Cyprus, all purchases are deposited into transparent green, yellow, or blue plastic bags; in Egypt they use matte black bags, vaguely sinister, as if everyone is carting home vials of poison.

Next day I went to Alexandria so celebrated by Cavafy ( a good poet for hard times). The whole city reminds me of a beautiful Impressionist painting that someone mistakenly placed over a fireplace so all the shell-pinks, soft blues, sage greens were gradually covered to shades of grey, then black, the soot transforming the lovely women in lawn shawls into hunch-backed crones. As if one good wind would dissolve everything into ashes.

And finally to the souq: Khan el-Khalili, joy of my heart’s desiring. We started out on the main thoroughfare, a street about two cars wide, filled with tables staffed by several people calling out to us as Imogene and I walked by; multi-colored polyester scarfs fluttering from tall poles; piles of t-shirts, lacy underwear, bras; stacks of leather slippers with gold designs on the toes; one small shop that had fezs; tiny pick-up trucks wheezing by; crowds jostling you; noise.

We eventually wandered out of the tourist area and into the place where Cairenes actually shop, back to wider streets (about one car width) with “real” supplies: children’s clothes pined up on the side walls of the shops; burlap bags of spices, hibiscus tea and nuts; fabric stores; grocery stores the size of those photo-developing places that you find in the middle of mall parking lots.

Then through the real back streets, hard-packed earth about one car wide. The buildings were two or three stories high, apartments above, on street level tiny shops with one lightbulb or one strip of florescent lighting. If there was a glass case in front with 10 candy bars in it, it was a sweetshop; someone ironing shirts, holding the cloth straight with his hands and moving the iron with his foot; a man waxing the shell boxes; various men pounding various pieces of metal; animal carcasses hung up on hooks.

A guide attached himself to us, rattling on about the history of the place as I was trying to absorb the atmosphere. He wanted to show us a special mosque so off we set through the maze of small alleys, through a forest of wood supports (set up after the earthquake of 1992). The first mosque I’d even been in (take your shoes off) 2 story walls all around but the interior had no walls, just a few rows of columns with a fountain in the center open to the sky. We even climbed up to the top of the minaret (sand on steeply sloped steps, no light). I was enjoying the scene until I realized that none of the neighboring houses had roofs (thanks again to the earthquake) which made me question the safety of being so high above them.

It was a lovely trip and the highlight was being in the Khan el-Khalili: I haven’t been back but have been to many other souqs; none as large or interesting and yet all give me the same feeling: I want to be here. I want to see everything. I want to know every corner.  A morning at the Louvre or Met or something Smithsonian and I have had enough, but Darling I can walk through souqs for hours.

The Khan el-Khalili was my first time bargaining (for silver earrings), the smells of the spices, the colors, the sounds, the feeling that finally, finally I was “somewhere,” I was in a new place with many things to discover, a place that would be worth the time and effort to figure out. Yes, the pyramids and museum were interesting and informative but the souq was enchanting. 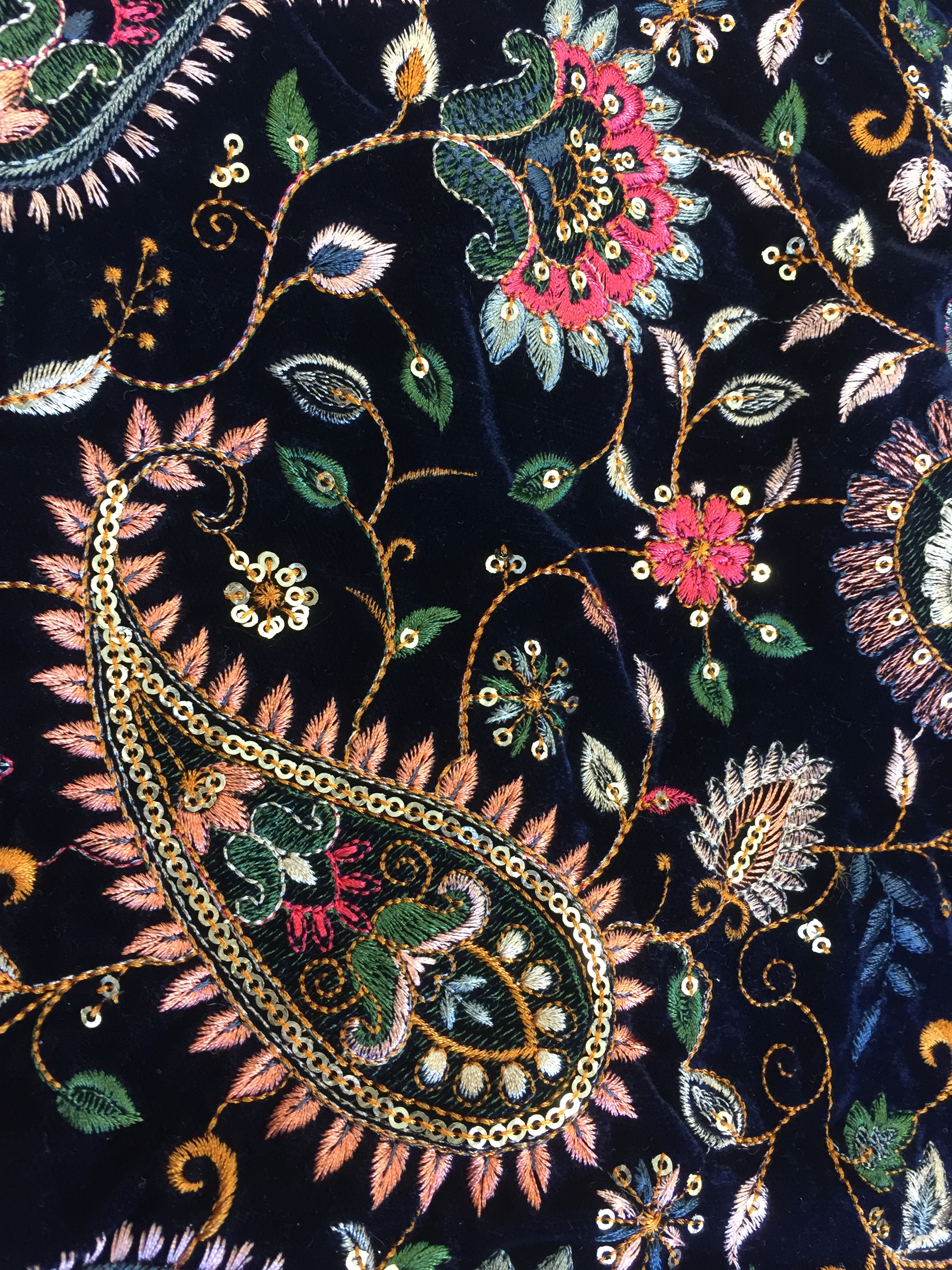 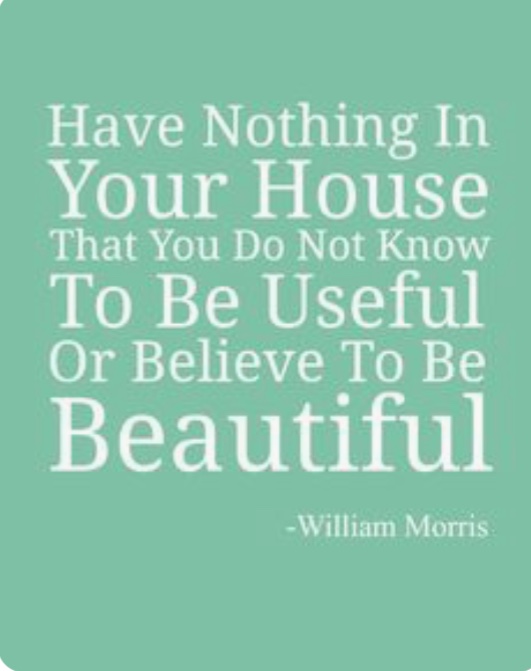